THE GREAT FOREST I - (Rose)

The ruins of the city were covered with vegetation and long lianas hung and curled from the destroyed square to the torn walls; along the main street and in the smaller streets. Even in the buildings. A maple tree grew in the large hall of the mayor's house. But in the baker's house grew an oak tree that had torn up the roof to make room.
So has it always been, as much as the creatures of the forest remembered.
Rose was a fairy with hair similar to twigs full of cherry blossom petals, with a red dress and transparent wings in the shape of drops of water, which blended from time to time.
She was crossing the great stone bridge, when she heard the earth tremble, starting from the very depths of the dark gully that flowed underneath.
She protruded her head to try to penetrate the darkness. She grasped the movements around the mighty square columns. Something was coming up.
Rose lived in the southern part of the forest, while the queen was in her deepest heart.
She did not wait to see what it was. They looked like snakes to her. But she ran away immediately to warn the queen, sitting on the stone throne on top of the oldest and most majestic plane tree in the forest. The long silver hair descended on the lower branches.
It would have taken her a long time to reach the queen. She hoped to meet a blackbird or a duck who could fly her there, but the forest seemed empty. And silent. As if the roar just before had muffled everyone.
She then hurtled in a swift race. 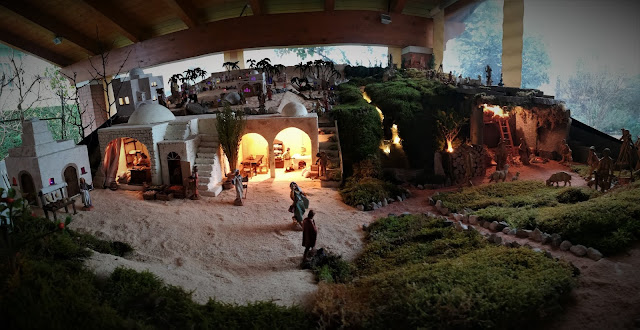